4th November 2022
The Deathless Woman is screening as part of a GRT fundraiser at the Cowley Club in Brighton @ 7pm, organised by Leftfield Liberty

18th & 19th September 2021
The Deathless Woman will be screening at the Rhodope International Documentary Film Festival in Bulgaria.

16th September 2021
In-cinema screening of The Deathless Woman at Whitechapel Gallery, London. Roz will be in conversation with Gareth Evans after the screening with an audience Q&A. 7pm. 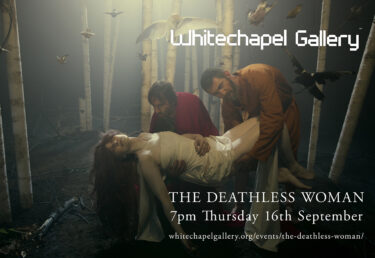 14th August 2021
The Deathless Woman will be screening at the Appleby Horse Fair as part of a Roma Holocaust event hosted by Drive2Survive. 3.30-5.30pm in the Big Top tent.

16th-18th June 2021
The Deathless Woman will be part of The Fantastic Afterlives of the Holocaust workshop at the Vienna Wiesenthal Institute for Holocaust Studies, Austria. Join us on 16th June for a screening of the film followed by discussion. 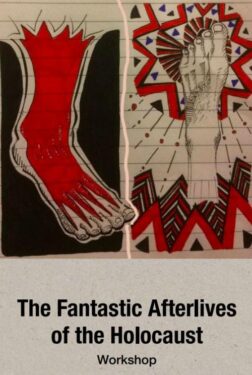 16th May 2021
To mark Romani Resistance Day, The Deathless Woman is now available to watch on True Story. We are extremely happy to be partnering with True Story – the film will be available there until May 2022.

7th May 2021
THE DEATHLESS WOMAN will be screening at Goldsmiths Methods Lab, followed by a discussion with Roz. Free. All welcome. Register here.

17th April 2021
THE DEATHLESS WOMAN will have it’s Balkan Premiere at the 6th Rolling Film Festival in Kosovo. The festival is centred on combating Roma stereotypes and promoting positive inter-ethnic relations.

9th April 2021
THE DEATHLESS WOMAN has been awarded Runner Up in the British Association of Film, Television and Screen Studies Practice Research Awards.
Jury statement: “Mortimer’s The Deathless Woman is to be commended for an ambitious and novel approach toward the documentary genre. Using a hybrid documentary format, the film combines oral history with fantasy to bring past and present in dialogue with each other. The film explores the marginalised histories of the Roma from World War 2 to the present day, investigating how landscapes maintain and hold the testimonies of atrocity, seeing the land as witness to trauma.”

10-11th December 2020
THE DEATHLESS WOMAN has it’s Hungarian Premiere as the opening film of the Human Rights Film Days festival in Budapest, organised by the Romedia Foundation. Watch Roz discussing the film with Roma Holocaust historian and activist Ágnes Daróczi and Professor of Media at Eötvös Loránd University András Müllner in this video created for the film’s Hungarian launch.

21st November 2020
THE DEATHLESS WOMAN is screening at Ake Dikhea? Festival of Romani Film on Saturday 21st November at 20.00 CET. There will be a live Q&A after the screening moderated by Lisa Smith from Travellers Times, with Roz and Roma actor and cultural activist Oliver Malik at 21.40 CET. Join us!
We are thrilled THE DEATHLESS WOMAN has received the Special Jury Award from Ake Dikhea? Festival of Romani Film! Jury statement: “This film has significant value in highlighting the importance of commemoration and remembrance for Romani Holocaust victims but also effortlessly weaves together how the historical persecution of Romani people connects with the present day reality and rise in far right fascism across Europe particularly in the Hungarian context. It sends a clear call to action for wider society. A must watch.”

9th – 18th October 2020
THE DEATHLESS WOMAN is showing in the Art programme of the B3 Biennale, Frankfurt, Germany.

13/10/2020 7p.m.(CET)
Roz will be in conversation with Jennifer Martin at B3 Biennale. Watch live, or recorded here. ‘…discussing their motivations in examining one of the most important socio-political subjects of our times, and their creative approach to portraying this artistically as a moving image artwork’

10/9/2020
Roz will be talking about the development of THE DEATHLESS WOMAN in this online panel as part of Open City Documentary Festival.
Demystifying the Development Process
4pm, Thursday 10th Sept. Free, but please register.

2nd – 9th August 2020
To mark Roma Holocaust Memorial Day, we are very pleased to collaborate with the Central Council of German Sinti and Roma to make THE DEATHLESS WOMAN available to watch online 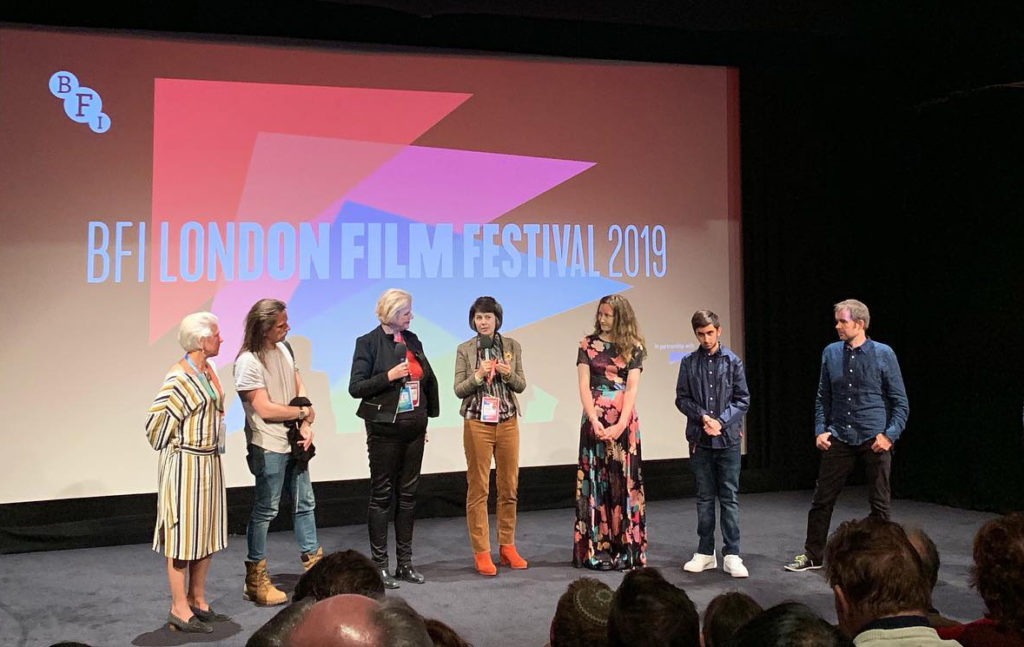 Here we are at BFI London Film Festival Q&A after the world premiere of The Deathless Woman. L to R – Margaret Glover (script editor), Stefan Smith (Composer), Helen de Witt (LFF programmer), Roz Mortimer, Loren O’Dair (lead actor), Oliver Malik (supporting actor), Peter Emery (DoP). A packed house and some great questions from the audience. Thankful for my amazing cast and crew, and the many others who have supported this film.

Watch The Deathless Woman on